Harper came to us in 2015 from TNT Samoyeds and quickly stole our hearts. Harper has all the qualities you would want in a foundation bitch, she is playful, sweet, and full of energy. Harper walked into our house at 8 weeks old and you could just tell she was the Alpha of the pack.  She has a happy almost childlike disposition and loves to be with her humans. Her movement in the show ring can be best described as a free mover with strong agile drive, showing power and elegance. She has been described by one judge as what you want to see in a Samoyed bitch. Harper is a Grand Champion and is actively showing. She has earned several owner handled group placements including three Group 1's and earned Grand Champion Bronze title the summer of 2021. 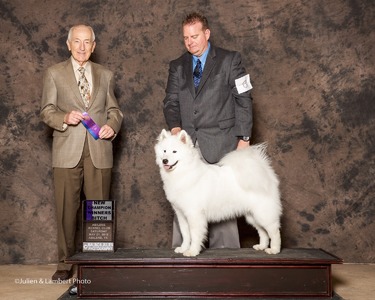 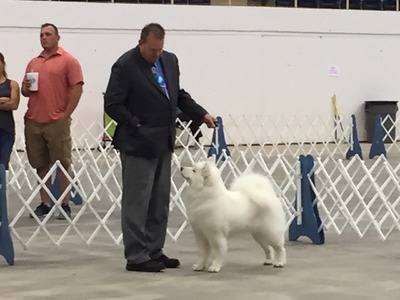 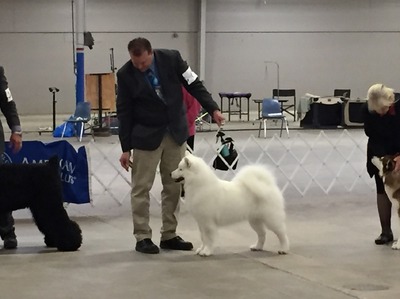 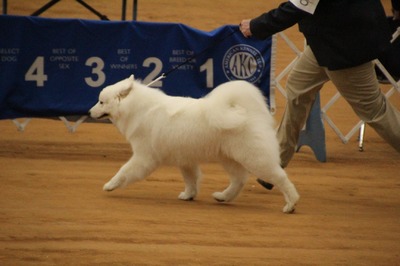 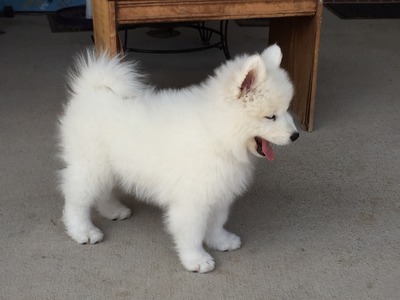 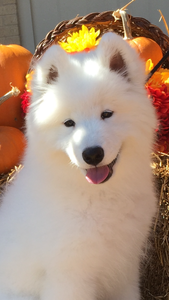 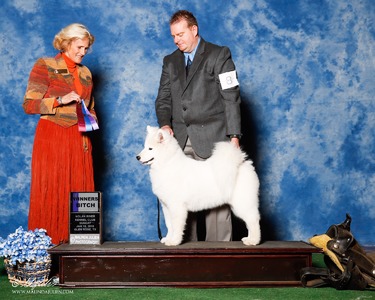 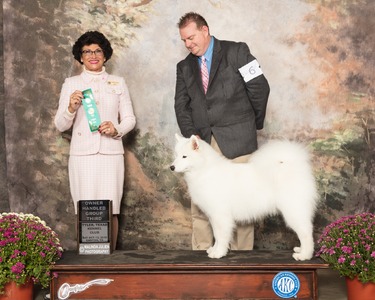 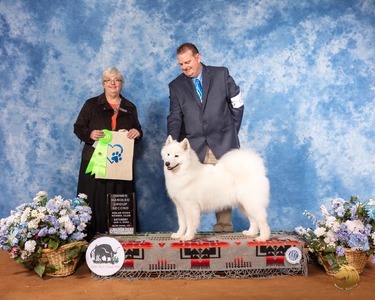