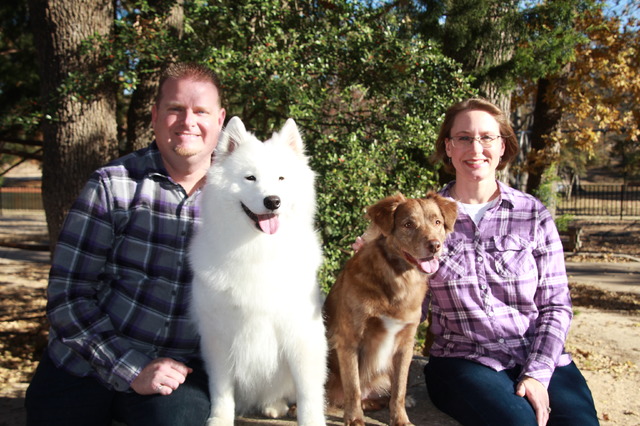 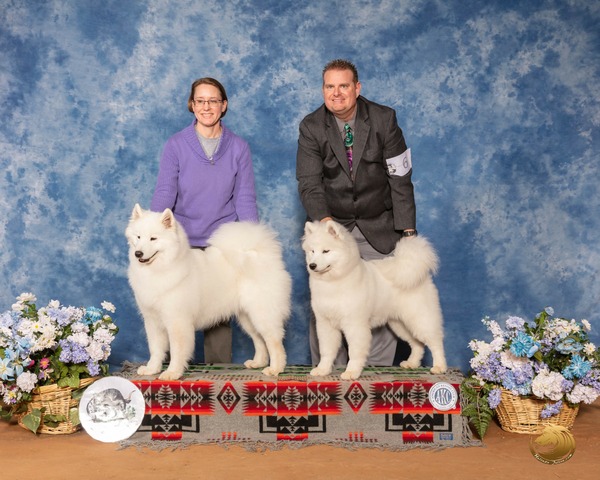 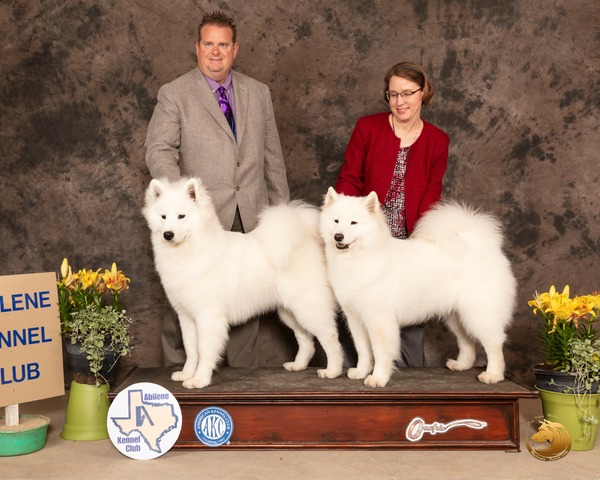 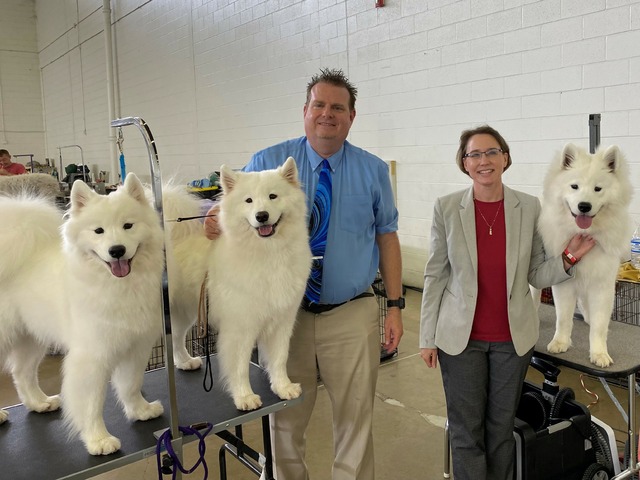 Lance and Amy began their journey with Samoyeds back in 1998 when they brought home Scout from TNT Samoyeds and the love affair began. Under the mentorship of Tom and Toni Maurer, they began showing Scout. She became a conformation champion at age two. She showed a few times as a champion with success then became a mom to Misty in 2002. Misty excelled in dog agility earning numerous titles and competing at the elite level before her retirement. She earned a first place/qualifying finish in Jumps with Weaves at the 2004 Samoyed Club of America nationals trial. Scout competed in conformation as a veteran at the 2008 Samoyed Club of America national show and won the 10-12 year old bitch sweepstakes class. Through the years Lance and Amy have also loved and cared for two mixed breed rescue dogs and one Australian Shepherd. They excelled in dog agility and have brought much love and companionship to their home. Now their focus is on Harper (GCHB CH TNT's Love and Courage), Luna (GCH CH XnO's Barking at the Moon TKN), and Buddy (CH XnO's True Love Ways TKN).  Harper earned her conformation champion title at ten months old in 2016, her grand champion title in 2018, and her Grand Champion Bronze in 2021.  Luna is enjoying the show ring and earned her Champion title and Novice Trick Dog title in 2020 and completed her Grand Champion title in the spring of 2022.  Buddy has began his show career and has already earned his Champion title at 9.5 months old as well as his Novice Trick Dog title.  Harper and Luna have both been recognized by AKC as NOHS Bronze achievement in conformation.   Lance and Amy are breeders who care for their dogs and want to preserve this ancient breed well into the future.